Ta-Nehisi Coates: We Were Eight Years in Power – An American Tragedy.

The new collection of essays of the author of “Between the World and Me” has – in its title alone – hidden depths that are worth exploring. “We were eight years in power” does not as it may seem, refer to the Obama era only – it was the Title of a speech held in 1885 by South Carolina congressman Thomas Miller. During Reconstruction after the Civil War there were eight years, in which black men dominated the congress of South Carolina and thereby the legislature. They made significant progress in rebuilding the states institutions and fighting poverty and social devastation. But as it turned out – the eight years in power were followed by a brutal phase of a white supremacist reign, called Redemption.

From this starting point Coates tackles different aspects of the US-American society, from history and politics to culture: One Chapter with new and selected essays for each of the years that Obama was in power. He is thus brilliantly reflecting on the ways in which racism and white supremacy but also the resistance against it are central to an understanding of today’s USA. 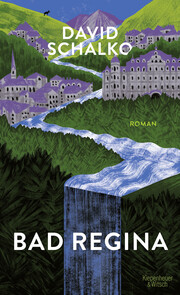